Calorie Restriction diets - Anti-Aging diet Most practitioners of CR credit a Venetian named Alvise "Luigi" Cornaro (1467(?) –1566) as the first major practitioner of this way of eating. 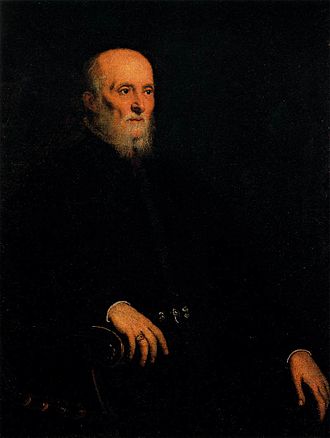 Cornaro was a Venetian nobleman who lived 'high on the hog' and who was close to death doctor advised him that his eating and drinking habits were to blame for his decline in health.

Taking this advice from his doctors seriously, Cornaro cut back on his indulgences in food and wine and entered upon a period of Calorie restriction. He ate no more than 12 ounces of solid food (and 14 ounces of wine) each day. Later reduced these amounts even more.

Within a year Coronaro regained his health AND he lived out the remainder of his life in vibrant health and good spirits. Like many a 'new found health convert' he started telling everyone he knew and tried to convince all to change their way of eating so as to enjoy these same benefits. When he was in his eighties, Cornaro wrote a book that advanced the idea of restricting calories for a longer, healthier life.

Click here read a Discourse on the Sober Life - a work advancing the idea of Calorie restriction nutrition.

Coronaro's book had wide appeal in 16th century Europe and even acquired fans even in the 20th century. (Henry Ford often gave copies as gifts) And the book still inspires many to adopt CR practices.

Clive McCay and F. C. Bing are two of the most important modern figures in CR. During experiments at the Burlington Trout Hatchery, these scientists noticed that the trout fingerlings which received the least nutrition survived the longest. Later they authored an article that was published in the Journal of Nutrition about this effect of restricted calories on the longevity of trout.

Next came an article in Scientific Monthly about the effect of Calorie restriction on other species - especially rats. This was inspired by McKay's extrapolating the longevity of his CR rats to human life span. He saw an enormous possibility for increasing human longevity. McKay was so enthused that he began giving interviews trying to 'spread the word'. Then WWII intervened. After the war, McCay never got back to his CR longevity studies.

Edward Masoro and sugar metabolism. One day Masoro heard a man named Morris Ross discuss CR and he was intrigued. He took up the subject and did comparative experiments in nutrition - again with rats. It was Massaro who saw that CR had an effect on sugar metabolism and insulin sensitivity. He is also the person who noted that the body seemed to respond to the stress of less food by shifting its work from growth to that of self repair.

Here are some of Masoro's articles:

Roy Walford is another major figure in the Calorie restriction diet movement With his colleague Richard Weindruch of UCLA, Walford published articles about the many effects of CR. His works Maximum Life Span and The 120 Year Diet became central in the CR movement. Walford participated in the Biosphere experiment and so believe that the low oxygen in Biosphere may have led to his own death.

To read some of the PUBLISHED research from CALERIE and other scientists click on CR longevity studies.

Note, too, there are Warnings from scientists about diets plans restricting calories